Fairy tales and myths can still speak powerfully to readers, despite the 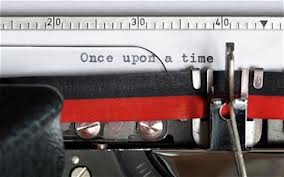 distance between when they were written and where we are now, as a contemporary audience. According to writer Sanjida O’ Connell, recent research indicates that “fairy tales are ancient, at least one dates back to the Bronze Age, whilst others, such as Beauty and the Beast and Rumplestiltskin, are over 4,000 years old.”

Narrative is part of the human psyche, the way we explain the world to ourselves and each other.

How is it that a fairytale we loved as a child can still resonate strongly for us as an adult? One reason is that fairy tales and myths are dense with symbols and archetypes, elements which hold a multiplicity of meanings, depending on who is doing the looking, and from what angle. What engages us as a child and what engages us as an adult in the same tale, may be diferent elements. The tale grows with us, in a manner of speaking.

How a story is told depends on who is doing the telling.

A writer, intent on creating more relevant meanings for a contemporary female audience, may find the narrative and archetypal characters of many myths and fairy tales pliable to re-interpretation and re-attribution of meanings. We are not so far removed, it seems, from understanding Rapunzel’s isolation, or  Cinderella’s longing ffor love and social acceptance, but a modern writer might contextualize it differently, emphasise different elements. Sanjida O’Connell expresses this beautifully:

“Narrative is part of the human psyche, the way we explain the world to ourselves and each other.”

Or as surrealist Elizabeth Lenk described this sense of timelessness in myth and fairytale, “the walls between time periods are extremely close to one another.” I like this idea; that as women writers, we might put our ear to a metaphorical wall and hear the story of Bluebeard’s wife or Persephone as if it is going on in the next room, as if it is close to us. Hearing only fragments, we create different interpretations, that speak to contemporary readers.

Although I adored and devoured fairy tales as a child, it’s hard not to look at them now through feminist eyes. When I read myths and fairytales now, I feel as if I am searching for clues, traces of the older, oral versions between the lines. The versions that women told to each other, mother to daughter, around the hearth. Writer Cate Fricke reminds us that “as rife with violence as they are, fairy tales are in fact women’s stories, and always have been.”

As O’Connell asserts, though the tales “may begin in such a cosy way, make no mistake – fairy stories are dark tales of misogyny, social climbing, child abuse and infanticide.” Many traditional myths and fairy tales tend to ascribe very traditional, polarized roles to women. They are often either the “good” woman:

Or the bad, trouble-making woman:

Additionally, the play and power of female sexuality is often subme

rged or sidelined, hidden behind the desires and needs of male characters in patriarchal worlds. One of my favourite collections of re-imagined fairy tales is Angela Carter’s  The Bloody Chamber, in part because she found ways to make the themes of  female sexuality more explicit and central to the narrative than in the originals, and wrote them in a way that questioned the roles of women in patriarchal societies and the limited choices they had, often creating new paths of action and possiblility for her female characters.

Another significant difference in these modern re-tellings is they are often narrated in first-person – the central female character is not mute or passive; she has her own voice, tells her own story, rather than it being recounted by an impersonal, authoritative narrator.

“In the last thirty years or so, as women have taken to writing as women, not as honorary or artificial men, it’s become clear that they see a rather different world, and describe it by rather different means. The most startling difference is that men aren’t at the centre of it …”

Contemporary women, with the multiple roles our lives call us to play, may well yearn for less polarized female characters; embodying a complexity that might reflect their own desire to be both a good mother and a beguiling temptress in the bedroom, or a successful property investor,  and an activist for animal rights. Wise and sexually knowing.

These are certainly the types of characters I yearn to write.

… the walls between time periods are extremely close to one another.

So, imagine my delight when I received word that my poem “Made in Darkness”, exploring a re-imagining of Persephone, was accepted for such a collection.

Lustily Ever After on Kindle: Image Courtesy of Dr J

Perhaps this is the most defining element of this collection: the deliberately central role of feminine sexuality. As editors Cherry Wild and Sophia Soror emphasise, “they represent the world we’d love to live in, where women explore their sexual desires, and push their sexual boundaries.”

In this collection, “the women in these stories take control of their destiny, striking out on new or kinky paths … Taking the lead in finding and enjoying themselves, these women pursue their Prince (or Princess…) Charming, in their quest for happily ever after. (or for some, a single evening of happiness).

For a taste of the classics, you’ll find a vivid, dream-like (and kinky!) retelling of Alice in Wonderland (Land of Wonders), a humorous and sexy retelling of Goldilocks (Blondie), and a contemporary lesbian version of Rapunzel (River on the Eighth Floor).”

In addition to retellings of classic fairy tales, Lustily Ever after includes stories from Poland (Sure Feet and Smooth Brinks), Japan (Feathers), the Philippines (An Enchanting Hideaway), Ireland (Cu Chulainn), Scotland (The Ballad of Tam Lin) and classic Greek mythology (Made in Darkness, Mixed Media, andLemnos).

“From the romantic to the kinky, delicate poetry to explicit short stories, this collection is sure to satisfy and open your eyes to new fairy tales.”

Persephone is a story that has spoken to me since I first encountered the myth at the age of four. My poem Made in Darkness is one of several I have written exploring my thoughts on the meanings embedded in her story, en route to (slowly) meting out my ideas for a novella. Read more on Persephone here.  I’m thrilled that this poem has been published as part of my “Persephone Journey”. Below is a small snippet: 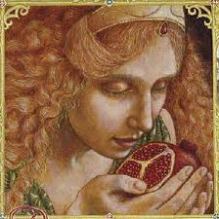 “They say she was taken against her will,
yet perhaps she yielded gladly,
Pale blossoms tumbling from her arms
to receive a darker pleasure”

“Once upon a time” is not just a time long ago, but also today or tomorrow. We travel forward or back to explore possibilities, mine for new meanings, re-write our futures.

Lustily Ever After is an official Two Dames Production, and is available on Amazon (Links below). I’ve only just begun reading my author copy, but I sense many delights await … 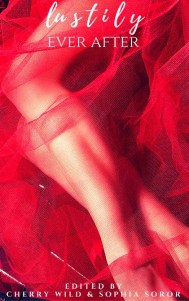 On Angela Carter’s “The Bloody Chamber” (this site has many excellent articles on her work) https://www.bl.uk/20th-century-literature/articles/an-introduction-to-the-bloody-chamber-and-other-stories

Quote by Elizabeth Lenke: taken from the Introduction (written by Margaret Atwood) to Medea: A Novel by Christa Wolf (1996)

3 thoughts on “Re-Imagining Feminine Desire: A New Face for Myth and Fairytales” 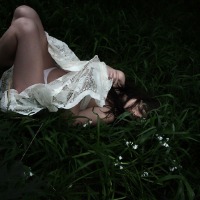 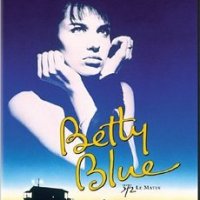