Sometimes, as writers, we can forget to celebrate our achievements. We might strive for recognition, but when a little of it comes our way, we underplay it, or find it hard to embrace it.

Many erotica writers I know, including myself, take our writiing, our craft  and our subject matter seriously. We work just as hard at it as writers from other genres. We toil into the wee hours over stories, blog posts and reviews. We attend workshops and buy books on writing craft, and agonize over the right words to describe our subject.  We sacrifice parts of our social life in order to carve out a little more writing time. We engage self-awareness around our own sexual landscape, and around where sexuality sits culturally at any given time, sometimes committing to writing and revealing painful parts of our lives or our history.

I’ve been writing and publishing erotica for five years now.  It turns out that it wasn’t just a quick fling with those come-hither, wanton words. I passionately believe in erotica’s role in encouraging those who read it to become more empowered in their own sexual expression.  That writer-reader relationship sits right at the centre of my imperative to keep writing, and is why I value every person who takes a few minutes to comment on my work.

So today, I am celebrating the publication of  my short story “Peek Hour” with Cosmopolitan UK Magazine. The lovely editor I’ve been dealing with informed me they have 6.5 million unique users every month. It’s undoubtedly the largest number of potential eyes on my work, and  that is both terrifying and super-exciting. It’s fantastic that magazines with such a large readership, encompassing diverse demographics. are looking at publishing edgier work that isn’t just about millionaires and virgins, and it’s encouraging that they want to support lesser-known authors.

Despite the background anxiety, I took myself out for coffee and cake to celebrate, and my walk definitely had more wiggle in it today. I want to take this moment to remind all you erotica writers out there: celebrate your achievements. You worked hard. You’re brave. And bold. And bad-ass. Even on days you don’t feel that way. You deserve a little decadence.

I wrote “Peek Hour” to explore a subversive little observation that popped into my head one day on the train to work. As women, we learn to deal with being on the receiving end of the male gaze every day; we of course respond to this in a diversity of ways depending on personal factors. Some of it is welcome, some of it is not. And sometimes it just depends on what kind of day we’re having, or who is doing the looking.

How would I explore a story where a woman was doing the looking?

My character, Roxy stood up in my head, and purred, “Buy me a ticket,  let’s get on that train and see what happens.”

Click on the pic (or the title) to read “Peek Hour“.

I sometimes get asked by readers and acquaintances new to the erotica genre what makes a piece of fiction “erotica”?  What distinguishes it from other fiction genres? And recently, some other erotica writers and I have been mulling over the question in a forum. Considering the diversity of erotica out there, the answer appears difficult to define.

A story can contain sex as an element, and yet not be erotica.

A story can be erotica, and yet not have an obvious sex scene in it.

It is my observation from both reading and writing erotica that there are three primary elements present in a piece of fiction that place it within the genre of erotica: framing, focus and intent.

In erotica, sex is the lens through which the character, events and themes of the story 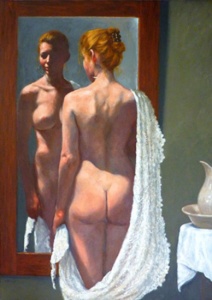 are framed. Effective erotica does not negate crafted story-telling – author Tobsha Learner in The Zipless Read reminds us that “like all good writing this does involve setting up the attraction, the obstacles, the psychology … of the characters”. This lens is then kept tightly focused on what occurs or is revealed through the characters’ sexual desires, thoughts, feelings and actions.  These elements are the vital components of the story, not merely floral embellishments; they are central to the plot, themes and character development. Remove the sexual elements, and the story collapses in on itself, disintegrates like the average short-term sexual-romantic relationship. Remove the sex or sexual elements, and there simply won’t be a story.

In non-erotica fiction genres such as mystery or historical drama, if there are sexual elements, they are not core to the central theme of the story. Sexual elements may illustrate an aspect of the development of a relationship, or the end of one, and be part of a sub-plot. But the main spine of the story is not the sex. Character growth and plot development might be mapped through depicting a descent into madness, or the recounting of a road trip, or the unravelling of a mystery.

So, what about romance? Doesn’t this genre have sex as a central element to the story? Along with emotional and psychological imperatives, yes, undoubtedly it does. But here, we move onto the element of focus, and see that the focus on sex in erotica differs in ways both subtle and substantial to romance.

culture, and I’ve retained very little of it. Except as an opportunity for feminist analysis, romance novels bored me,  and my discovery of interesting writing about sex such as Anais Nin’s Delta of Venus was a couple of years away. But I do recall that Mills and Boons novels are written to certain plot formulas – the desirable Mr Aloof must be introduced by page 7, the first obstacle to their union must occur by page 43 – that sort of thing. The formulaic approach alarmed my inner creative writer, and also disturbed me, because I believe fundamentally in the individuality of the reader and what the reader brings to the text. This is not an academic analysis of the romance novel. But I will draw some comparisons; how the focus on sex  achieves differing functions in the two genres.

Tobsha’s article observes that readers want to be “in the skin” of the protagonists, feeling “the aching frustration and longing and then the blissful release of orgasm, both in the emotional, physical and sometimes spiritual sense.” This kind of interiority begets a particular focus to the writing, a focus on the sensory and emotional realms. A focus on relating to the world and to the lover through the detail and delight of all of the senses. Language gets textural, sensual and becomes finely attuned to the smells of different skins, the sounds of arousal and orgasm. As Nin passionately declares about erotic writing in the preface to Delta, “how wrong it is not to mix it with emotion, hunger, desire, lust, whims, caprices, personal ties, deeper relationships that change its color, flavor, rhythms, intensities.”

Language gets textural, sensual and becomes finely attuned to the smells of different skins, the sounds of arousal and orgasm.

Erotica delves into the ambiguous, the taboo, the grotesque. Romance does not. It is comfortable with portraying these things alongside the sensual, the ecstatic, the celebratory elements of sex. Delta of Venus contains stories that explore bestiality, incestuous desires, paedophilia, and non-consensual sex, as well as more socially conventional themes of mutual seduction, virgins deflowered, and sexual awakenings.

Erotica can have a sense of humour about the messiness and awkwardness of sex, whereas romance takes itself very seriously.

Erotica can explore the eccentricities of human sexuality. In Tobsha Learner’s The Man Who Loved Sound, audiologist Quin falls in love with women via the tones and timbres of their voices. In Peek Hour I turn the misogynist tables and create a female voyeur character with an unrelenting case of penephilia (love of and enthusiasm for the penis). Romance sits within the narrow spectrum of normalcy – it is homogenised and pasteurised desire. It is also by and large heterosexual and monocentric, whereas erotica permits the exploration of alternative sexualities such as polyamory, kink, gay, queer and open relationships.

In this genre named after him, Eros can possess both god-like attributes and the frailties of humanity. Sometimes he misfires his arrows. Sometimes he refrains from flying, and takes the train.

Sex as a focus in erotica can be simply for its own sake. It can explore excessive, subversive, dangerous and addictive sexual behaviour without rancour. It can, but does not have to situate sex as a bonding activity, unlike romance. The characters that have sex do not have to live happily ever after. They do not even have to enjoy sex, depending on the intention of the writer.

Although I’ve been dabbling in this writing caper for over 3 decades, and received my first offer of publication fifteen years ago, my affair with writing erotica began only two years ago.

Mammoth Book of Best New Erotica is a “Best of” anthology of erotica short stories, that have been published in some form within the preceding year. Hand-picked by well-respected editor Maxim Jakubowski (himself an author of many genres of fiction including erotica), this anthology has been going for over 13 years (it started getting numbered after a few releases) and has a considerable standing amongst the erotica-writing commmunity.

Just one year ago, I was (very politely) rejected from this anthology. The piece I submitted wasn’t even a story, more a scene. But the editor must have seen something he liked, because he encouraged me to submit again. After reading the anthology I didn’t get into, and being so impressed with the quality of story-telling, as well as the diversity of sexuality represented, I was determined to get a story in one of them – one day.

My complimentary contributor copies for this year’s anthology arrived earlier this week.

And I am proud for my story to be there, nestled between the covers with writing peers, authors I have oodles of respect for, people I’ve interacted with and exchanged story critiques with, via my favourite online erotica writer’s forum. And proud of my ability to not let a rejection fill me with self-doubt or stop me from submitting to the same editor.

It still stuns me when I see one of my stories in print. I’m a green enough published writer for this still to be enormously exciting, and somehow unreal.

I don’t share this to gloat. I share it to encourage fledgling writers. Persistence and practice can actually lead to publication. (I really didn’t mean to execute that much alliteration in one sentence.) Oh – yes – the other factor :

(I seem to be on a roll with P-concepts.) Not at all surprising, considering the subject of this story.

END_OF_DOCUMENT_TOKEN_TO_BE_REPLACED 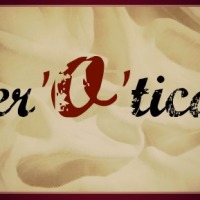 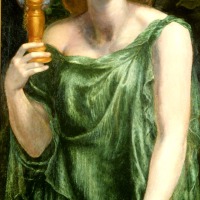 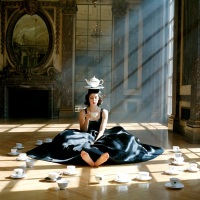 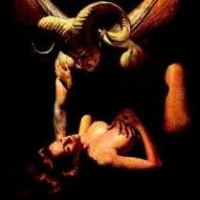 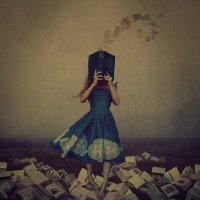